When you think of art, the Met – the Metropolitan Museum of the Art, more formally – in New York City has to be one of the first places that spring to mind. And when you think of the influential artists of the 20th century, Walt Disney and his artists should be at the top of the list as well. Yet, surprisingly, the Inspiring Walt Disney: French Decorative Arts Animation it is the first time that the two have met. This new exhibition, inaugurated on December 10, will draw new parallels between the magical creations of the Disney Studios and their artistic models, examining Walt Disney’s personal fascination with European art and the use of French motifs in films and parks at disney theme. 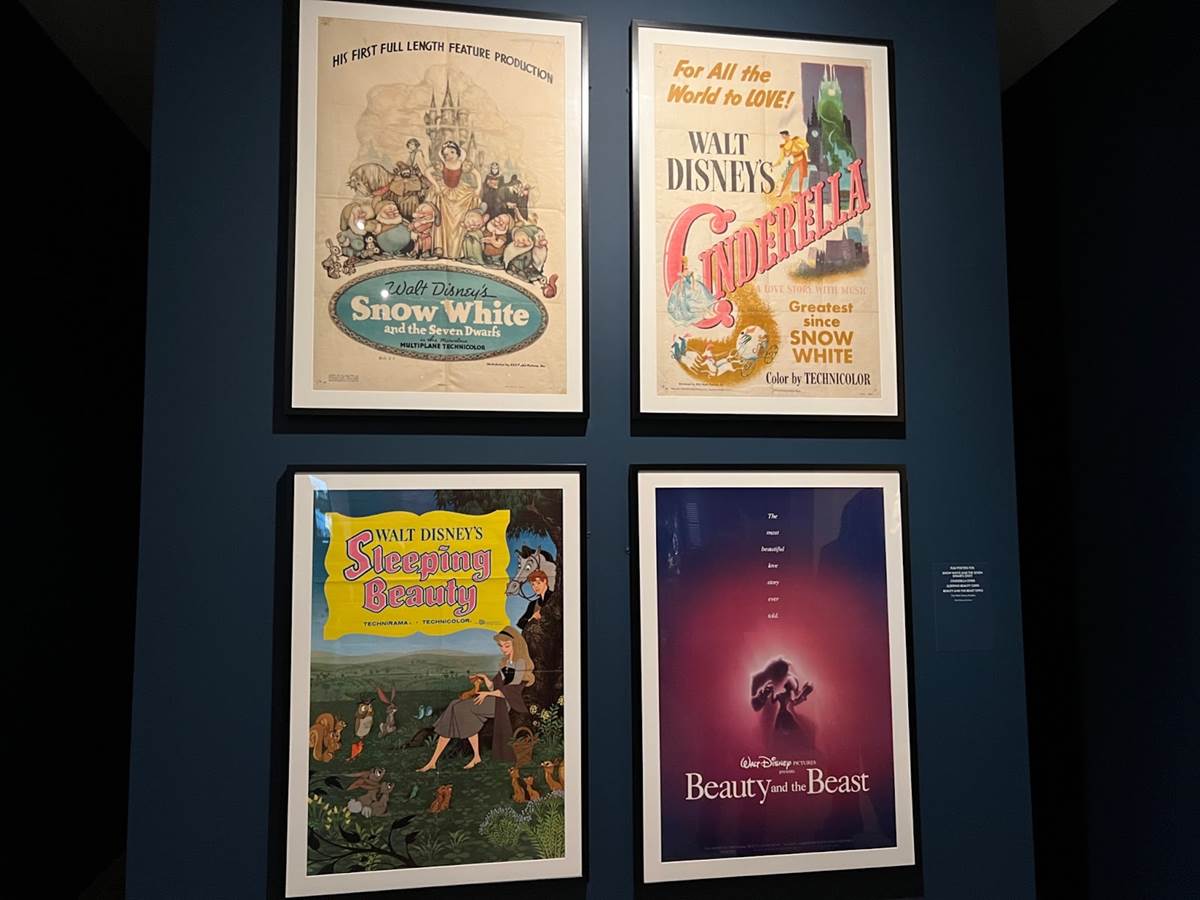 While the exhibition focuses primarily on Disney classics such as Snow White and the Seven Dwarfs (1937), Cinderella (1950), The Sleeping Beauty (1959), and The beauty and the Beast (1991) one of my favorite parallels is one of the first pieces you see in the Animating the Inanimate gallery and focuses on two porcelain figurines and a pair of Disney shorts. 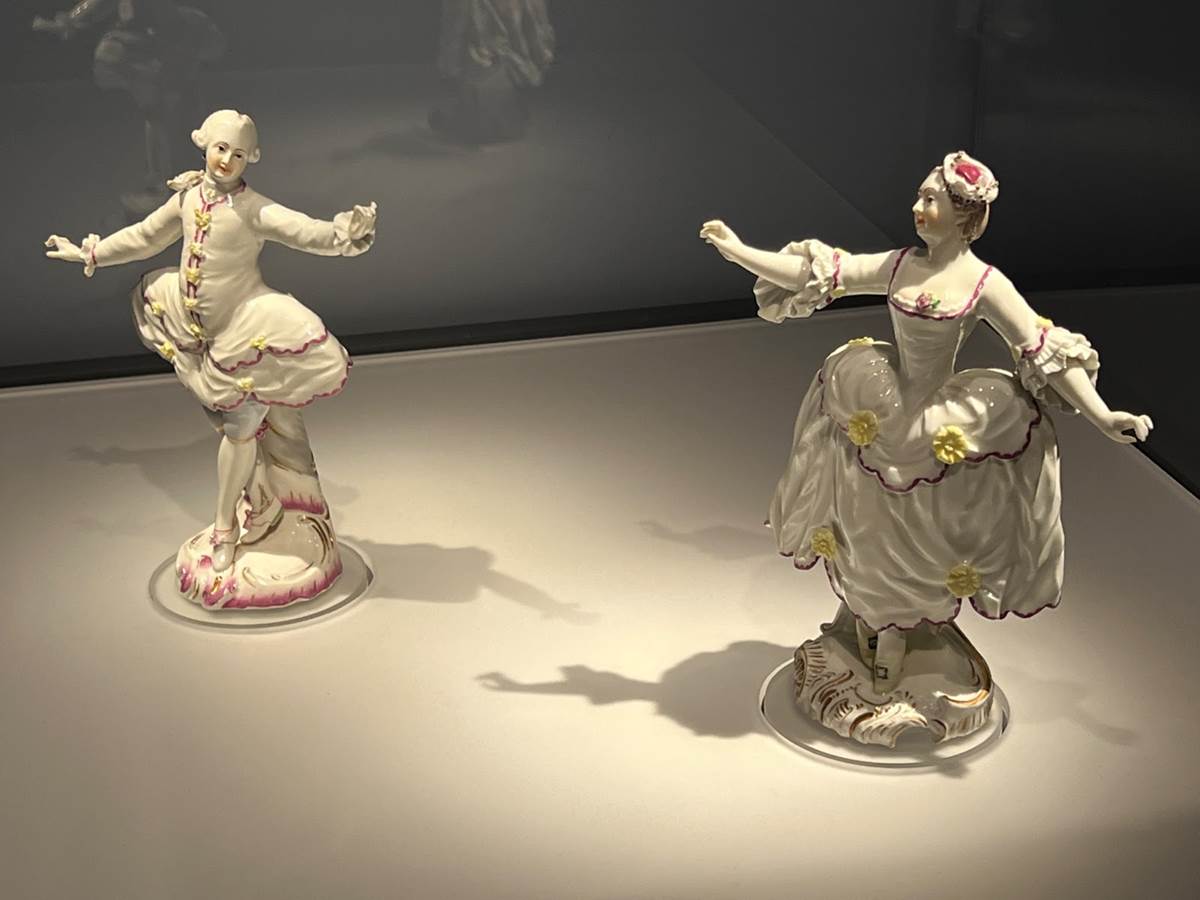 The clock shop (1931) and The China Shop (1934) reveal what can happen after the trader leaves for the night: the objects come to life. Both shorts feature dancing porcelain couples that were popular in the 18th century, much like the ones featured above. The invention of European hard-paste porcelain in Meissen, Germany, in 1709, was a milestone in the development of the style known as Rococo. Combining sinuous curves and asymmetry with pastel colors and playful embellishments, it offered a fresh and witty response to the heavy language of its predecessor, the Baroque. As you will see in the illustration of The China Shop below, long before Woody and Buzz came to life in Andy’s bedroom, Disney’s early artists were bringing art to life in spectacular fashion. This exhibit has so many pieces on display, but also dares to ask “This is Disney, but is this art?” When Snow White and the Seven Dwarfs was published in 1937, this same question was asked by the New York Times Magazine about Walt Disney. The interview reveals how difficult it is to locate Disney, whose ambitions went beyond traditional categories of fine art. Some of his employees have described him as a “unique man of the Renaissance” and his work has been admired by academic heavyweights such as Erwin Panofsky, the dean of Euro-American art history. At the same time, the filmmaker claimed to know nothing about art. The interviewer conceded with a wink, “No, Disney doesn’t know anything about art. Today, he is probably the largest employer of artists in the world: he has 600 of them on his payroll. “ One of the biggest surprises for me in the exhibition was the Dynamic Heroines gallery. I’m talking about Bianca Majolie, Grace Huntington and Sylvia Holland who in the 1930s and 1940s gradually overcame what initially appeared to be an insurmountable barrier and entered the creative realm of the stories department. But when it comes to names that have really knocked off the walls at Disney Studios, of course, Mary Blair is on the front lines. As artistic director of Cinderella she took the brief description of a “little European kingdom” in the first script and defined how a “Disney kingdom” was viewed for generations. 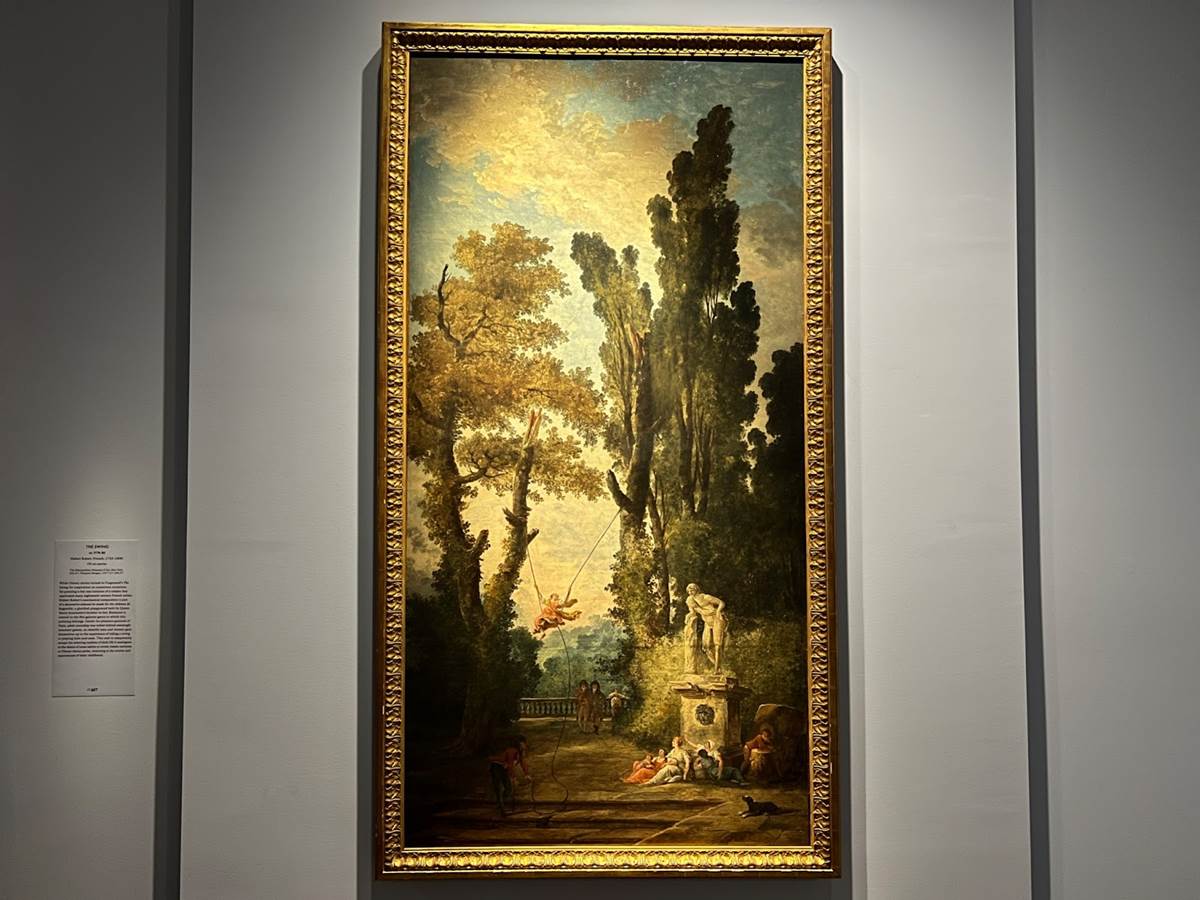 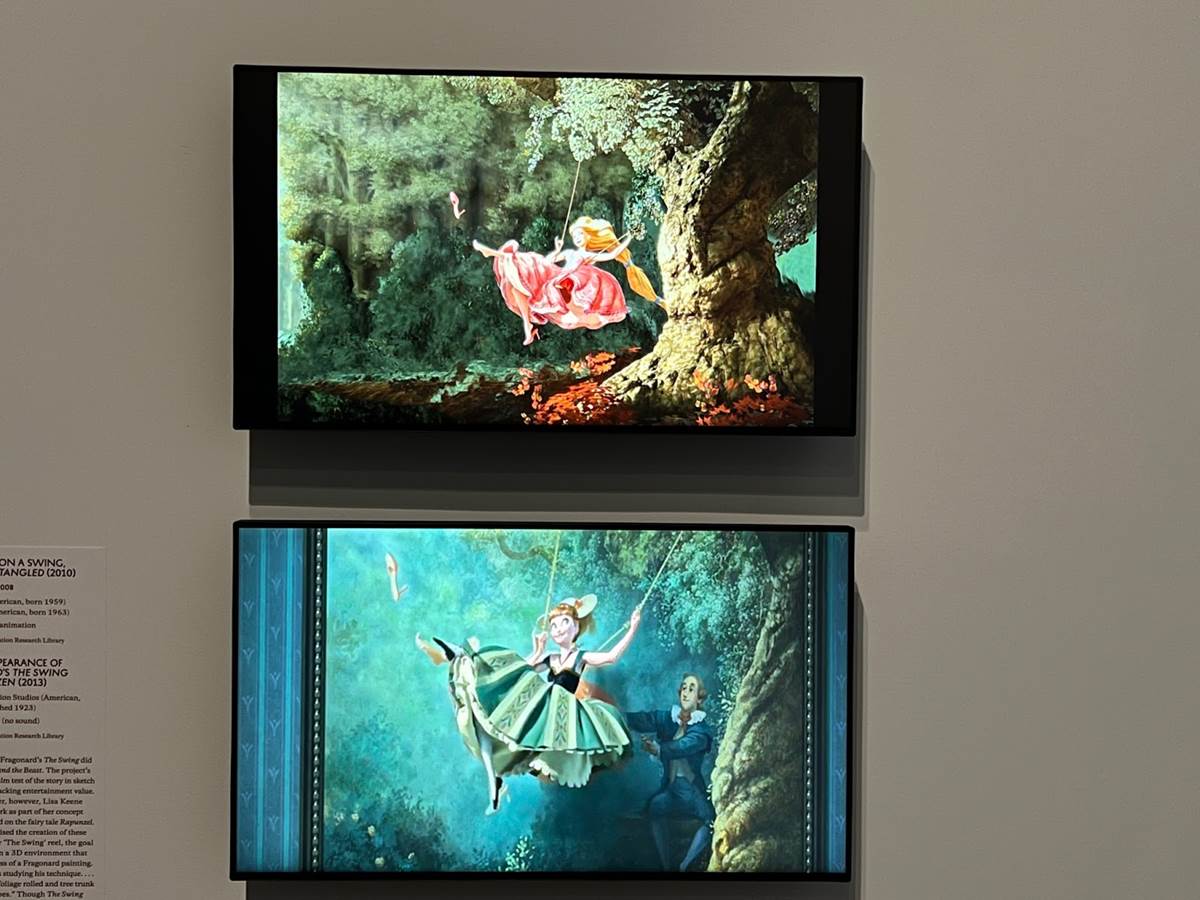 Above all other exhibits for me, the “DISNEY RENAISSANCE, DISNEY ROCOCO” gallery held the most revealing comparison between classic art and Disney art. that of Jean Honoré Fragonard The swing, an image evoking both movement and emotion, was on display a few meters from the conceptual art exhibitions for Rapunzel (2010) and the classic scene of Frozen (2013) which showed how he inspired contemporary Disney filmmakers. Throughout the rest of the galleries we learn how the Tale of a sofa influenced the addition of transforming servants of The beauty and the Beast into household items with the idea of ​​humanizing an inanimate artefact, or anthropomorphism, which occupied a preponderant place in French literature.

The exhibition concludes with a look at ‘the Architecture of the Imagination’ and ‘The Pursuit of Happiness’ and how something as simple as an elegant pair of tower vases could inspire the castles of the Disney parks around the world. 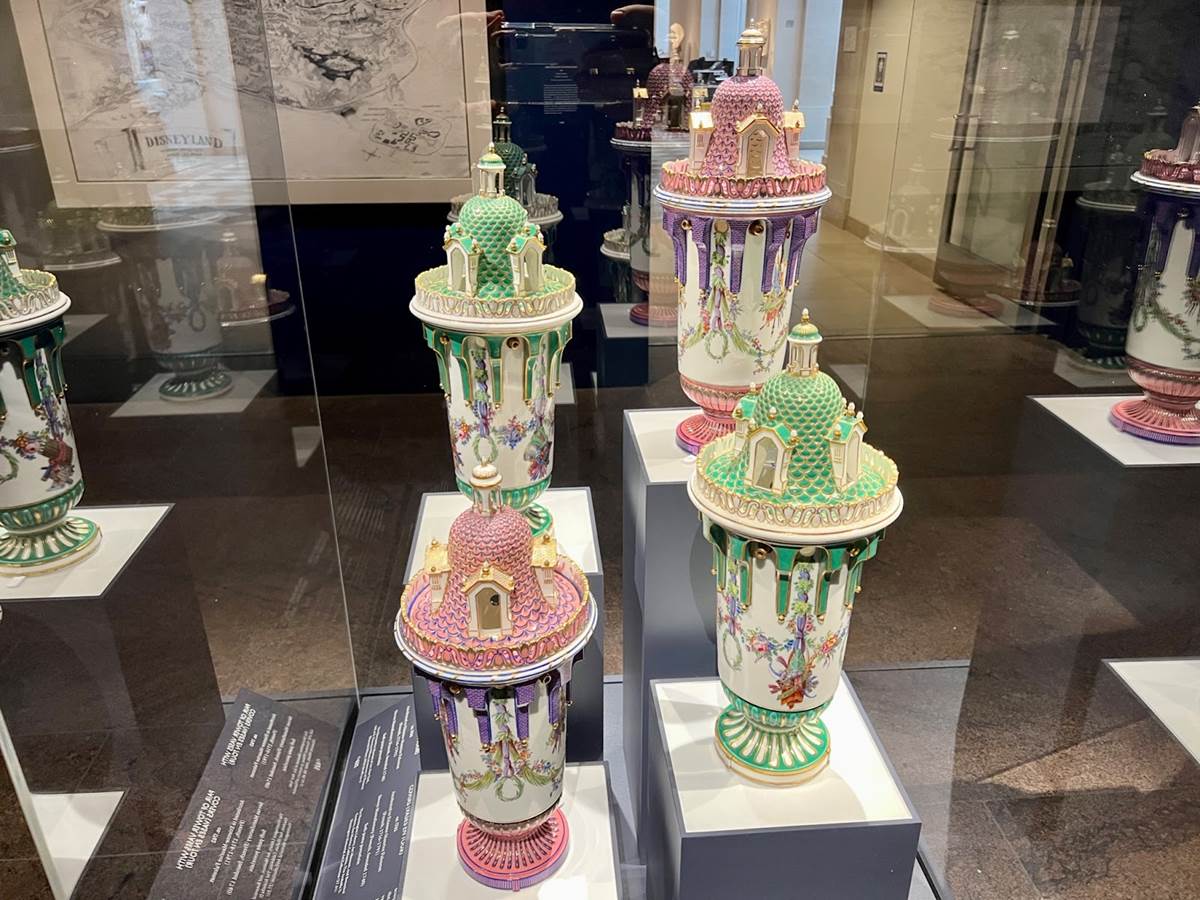 For a more detailed tour of Inspiring Walt Disney: French Decorative Arts Animation, including an address from Wolf Burchard, the curator of the exhibition, please enjoy the video below, but nothing beats seeing it in person, so be sure to come to the Met to see this real masterpiece. work before he moved to London in the spring of 2022. You can also buy exhibition items online.

Our main correspondent for Walt Disney World and the Orlando area and a hell of a paleontologist if he says so himself.